Rowing around Hornby Island in a Whitehall Spirit® Tango

Rowing around Hornby Island in a Whitehall Spirit® Tango

We are incredibly lucky to live and operate on Canada’s west coast and it allows for some truly spectacular settings to row in. On May Long Weekend 2018 Diana Lesieur and her friend James Jones took the Whitehall Spirit® Tango 17’ on a bit of an adventure around Hornby Island. 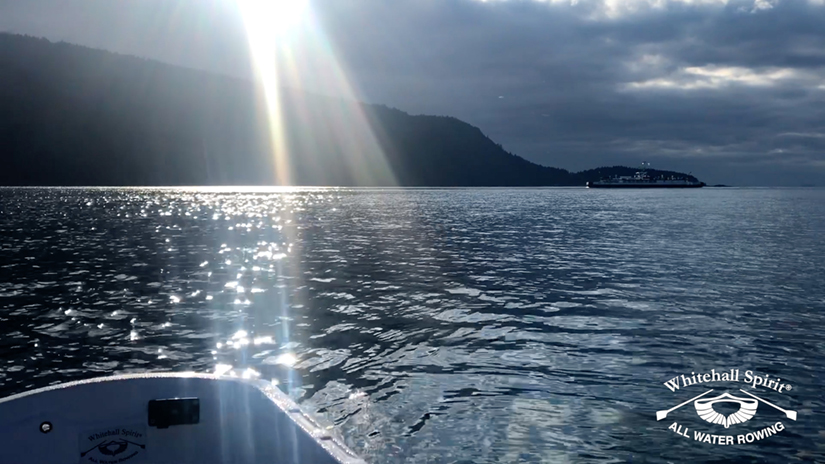 Diana and James drove up Vancouver Island to the little town of Courtney, and caught the ferry over to Denman Island, drove across the island, catching another ferry to Hornby Island. The next day they launched in Ford’s Cove and rowed the entire way around Hornby Island, a six/seven hour journey including a lunch break. Anyone who is familiar with this part of the world knows the spectacular views of the island scenery, including the local wildlife of seals and bald eagles that the two encountered. (See the video below to check out the full footage with some guest appearances by the salty locals!) 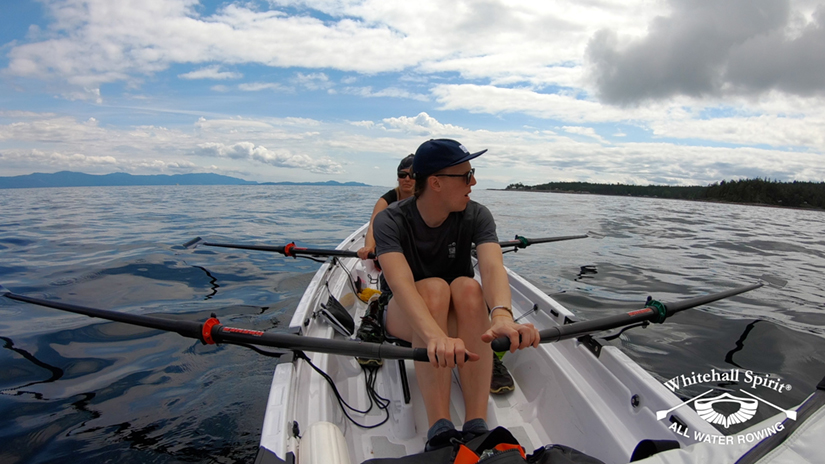 After two nights camping and a full day circumnavigating Hornby Island it was time to head back to Vancouver Island and home to Victoria. While James took the car and supplies back over land, Diana took the Tango 17’ back single-handed. However, archipelago rowing comes with a unique set of challenges such as strong tidal flows and low tidal conditions. A shortcut behind Tree Island turned into extra exercise when Diana encountered ankle deep water where she had to pull the boat across a shell covered sand bar, swimming the Tango through the deeper parts before jumping back to finish the row into the town of Comox where she met James. 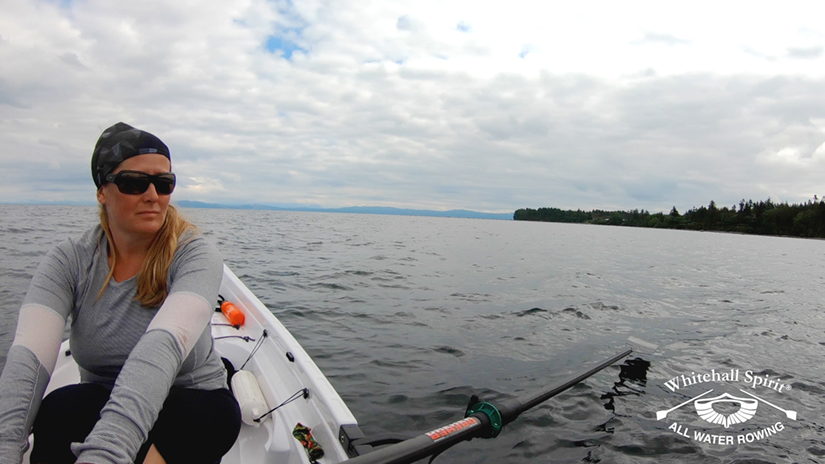 This trip was part of the training Diana has undertaken to prepare her for Leg 1 of the R2AK (Race to Alaska) and the Seventy48 taking place this June. The Seventy48 is a 70-mile human powered boating race from Tacoma to Port Townsend Washington, which contestants have 48 hours to complete. The Seventy48 race ends the evening before the R2AK kicks off and Diana and her rowing partner will be back on the water for Leg 1 of the race across the Juan de Fuca Straight to Victoria B.C. Read more about the prep for the R2AK here. 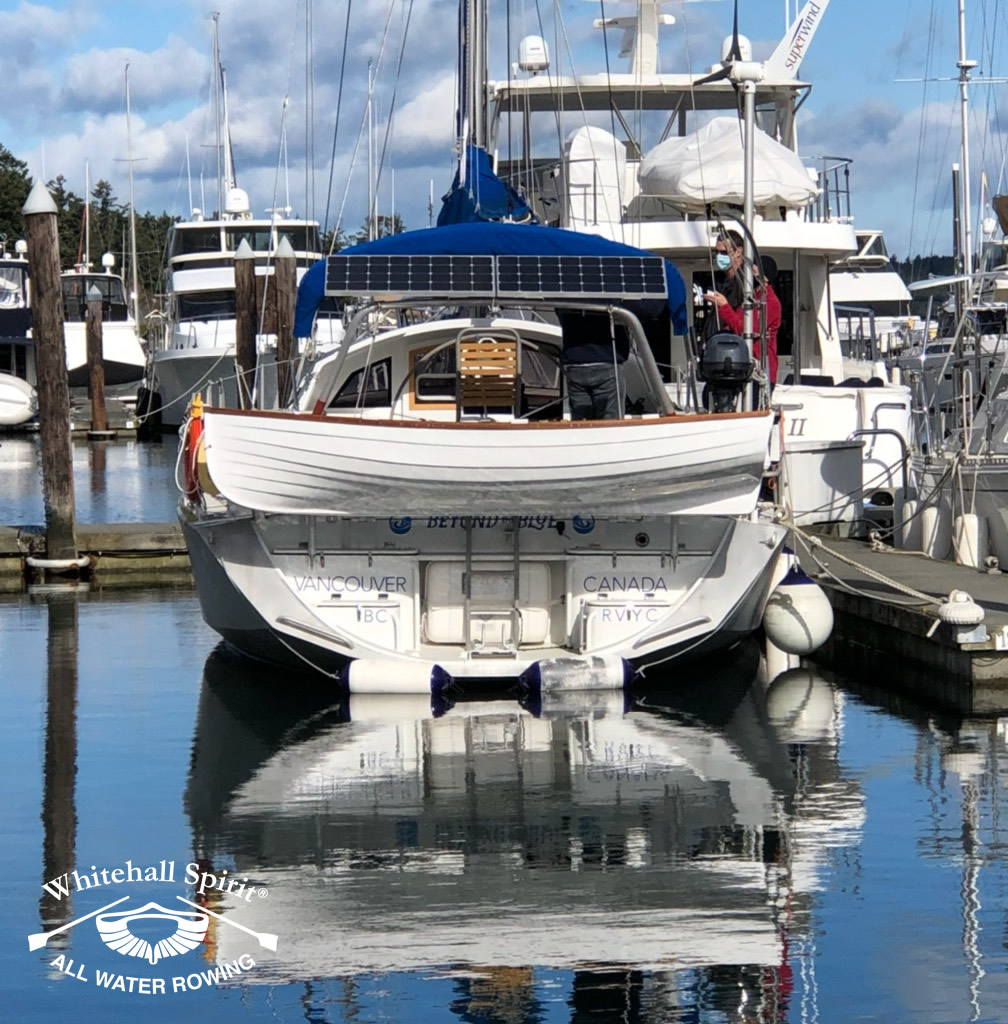 A Whitehall Spirit Westcoast 11.6 Rowboat Gets A New Home On An Offshore Cruising Sailboat 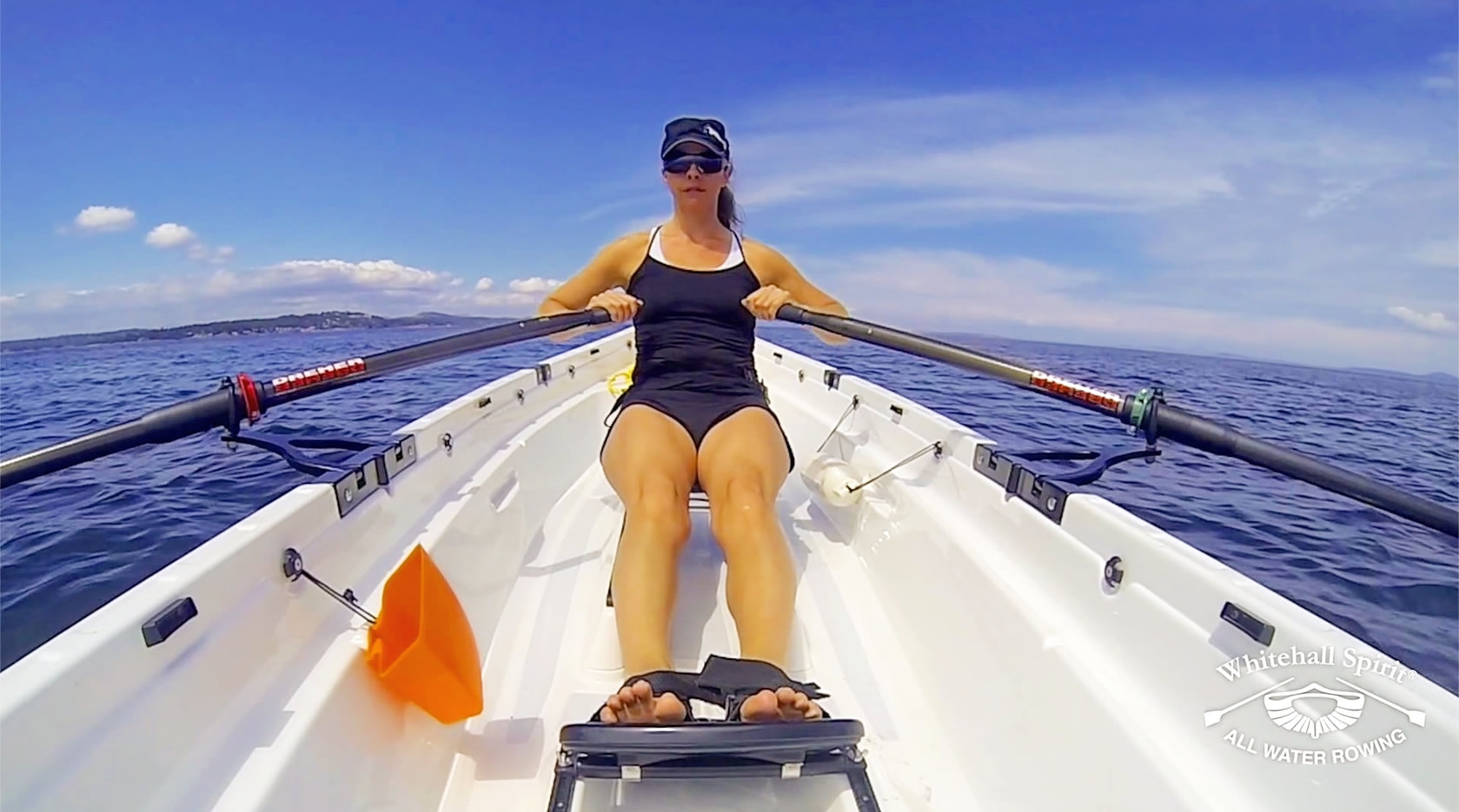 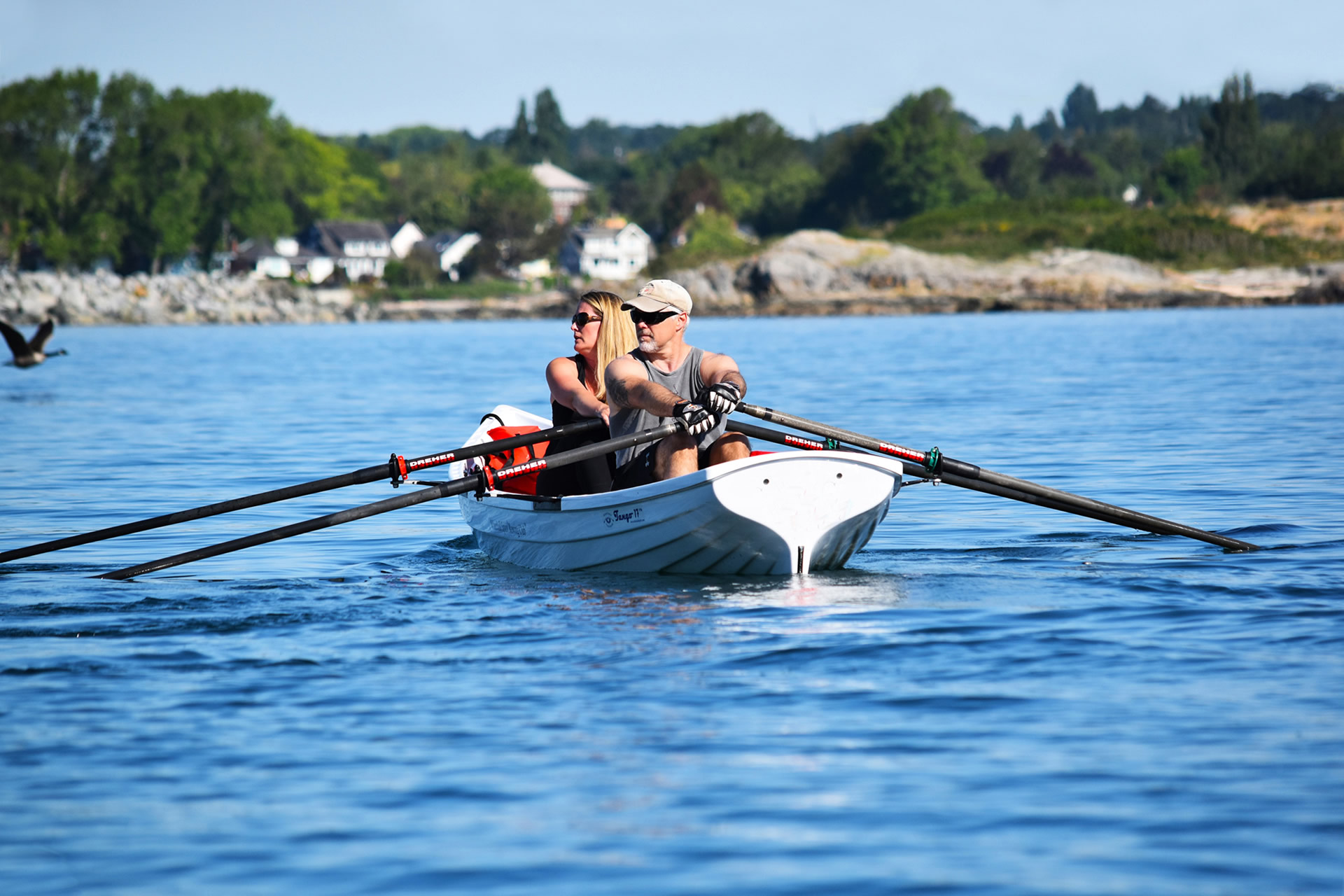 Thanks Whitehall, I’m now a full on, passionate rowing geek!

Thanks Team Whitehall, year number 1 of rowing is under my belt. I bought the boat sight unseen, had zero rowing experience, zero rowing knowledge, zero rowing strength, and at best watched a few Olympic [...]

Because of its fiberglass hull and solid teak woodwork, your boat has a finish that fortunately requires less care and maintenance than a wooden boat. However, there are definitely ways to help prevent any need [...]

How about giving the most sustainable gift ever to yourself or someone you love? Classic Whitehall Spirit®️ rowboats are built to last 100 years or longer providing generations of owners with the fitness benefits and [...]