History of the Whitehall Tyee 14 Fishing Rowboat. A Century Old and Rowing Strong.

History of the Whitehall Tyee 14 Fishing Rowboat. A Century Old and Rowing Strong.

The Tyee 14 rowboat originated in Campbell River, British Columbia, a fishing community on the east coast of Vancouver Island. Every summer a large run of Chinook Salmon return to the river to spawn. Those fish that have matured to over 30 lbs are called “Tyee” salmon. 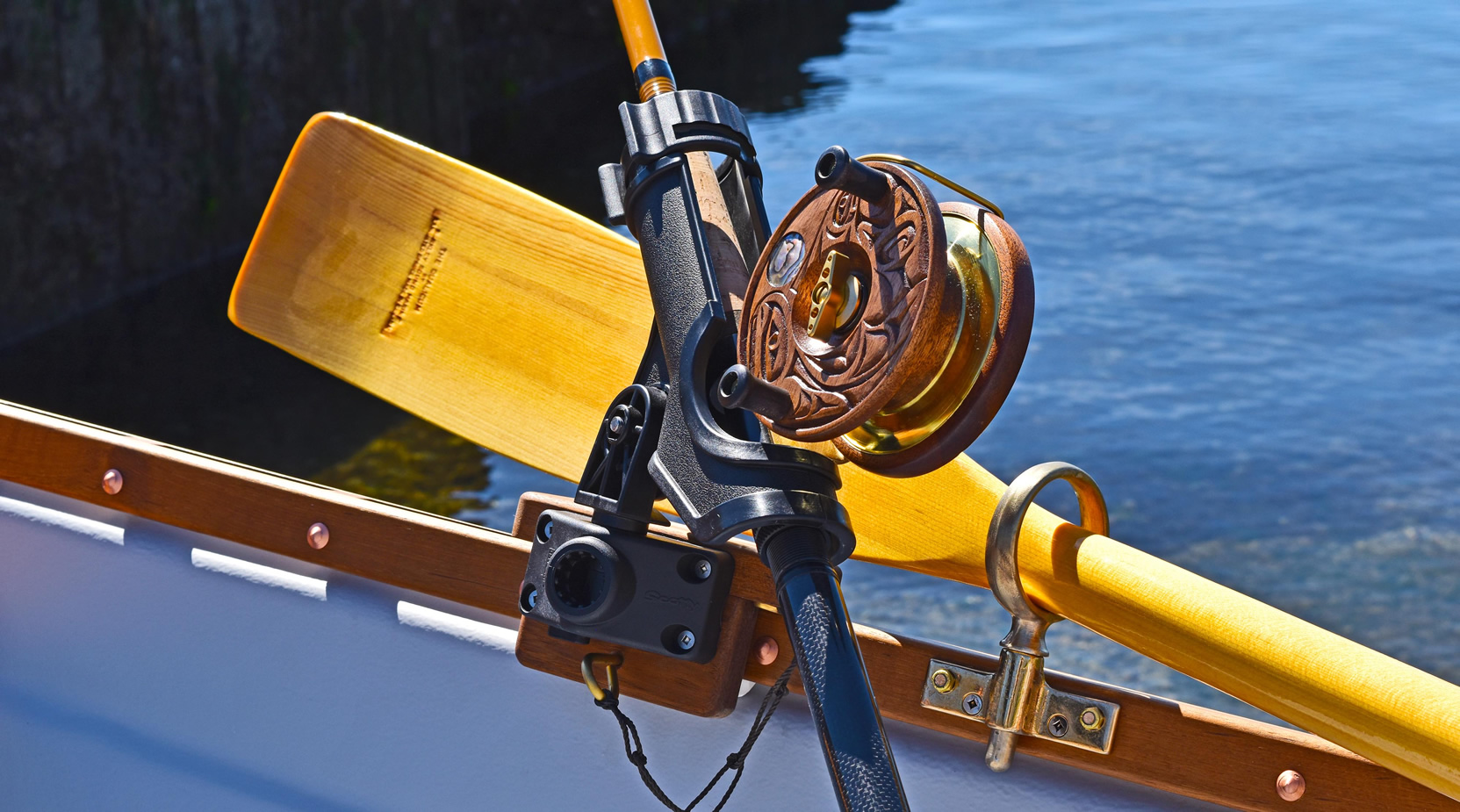 About 1910, Ned Painter, a local boatbuilder, began turning out beautiful lapstrake cedar planked rowboats, 14′ in length and 4’2″ in beam. These became very popular with the local sport fishermen. Painter’s boats were renowned for the way they carried a load and comfortably handled the choppy tidal waters around Campbell River. 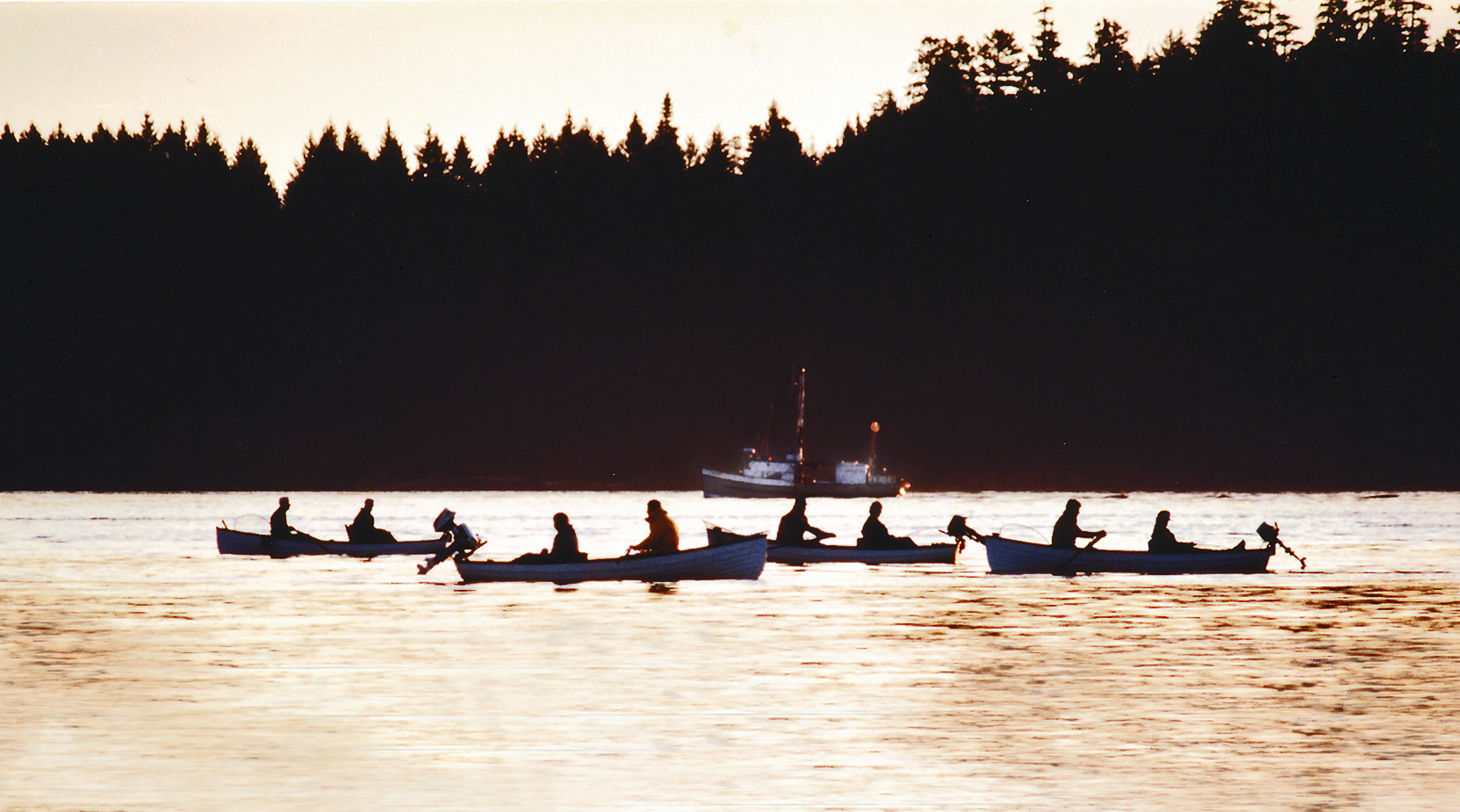 A local industry grew up around these boats featuring professional salmon guides who worked the “Tyee Hole” every season. In 1924 the world famous “Tyee Club of British Columbia in Campbell River” was founded. To qualify as a member one must, while fishing from a rowboat handled under oars alone, land a Tyee salmon. Flotillas of rowboats still ply the river mouth, a guide at the oars and one or two sportsmen holding their rods anticipating a strike. 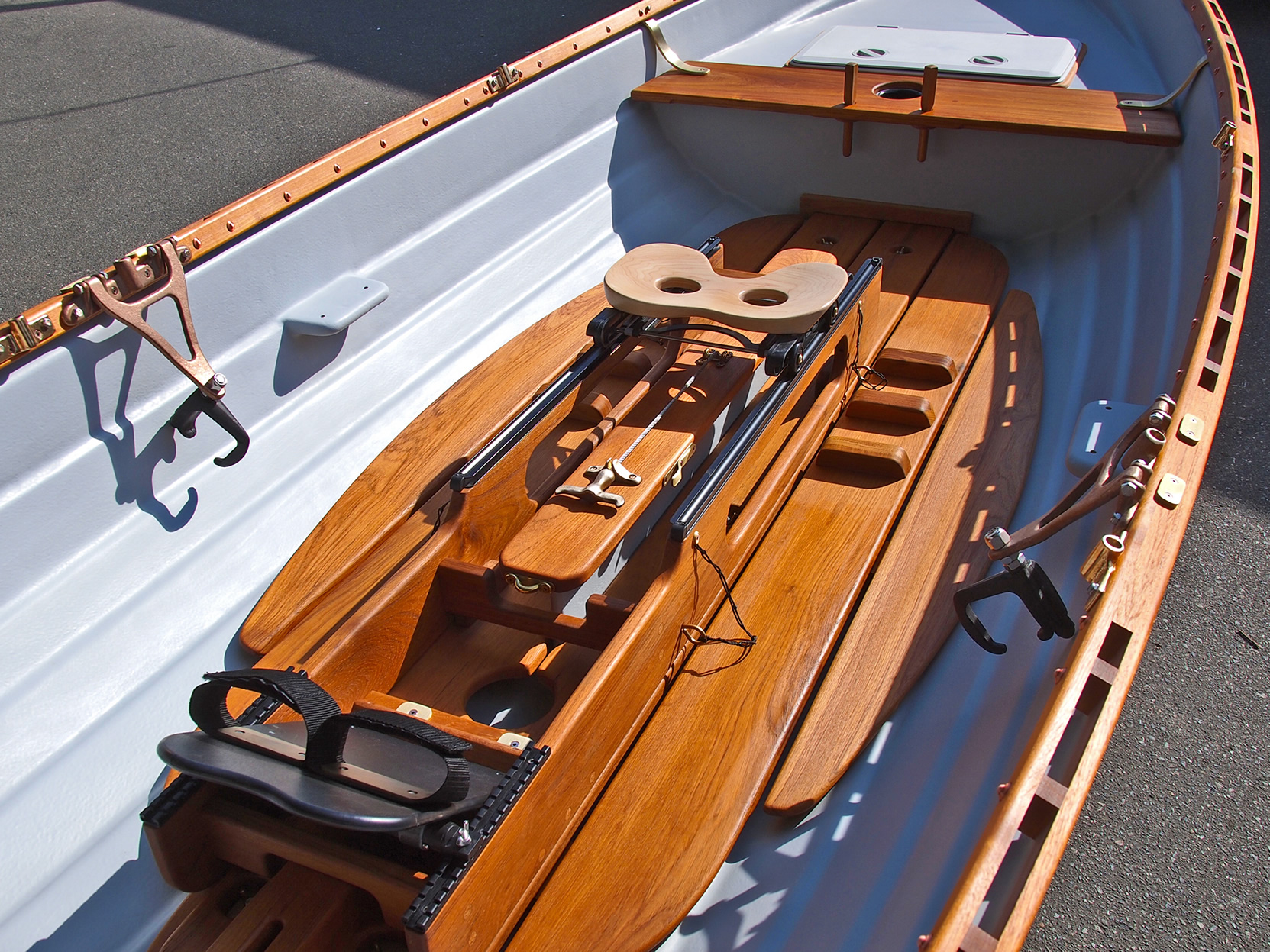 In 1988 professional guides Bill Herkus and Mike Barker approached Whitehall Rowing & Sail, and requested they build a top quality Tyee boat for themselves and other fishing guides. The lines were taken from a near original boat owned by Bill Herkus who has guided for over forty seasons. This boat had already been faithfully reproduced in fiberglass by Doc Murphy in Campbell River back in 1956. This model of Painters original was called the Whitehall Spirit® Tyee 14 rowboat. 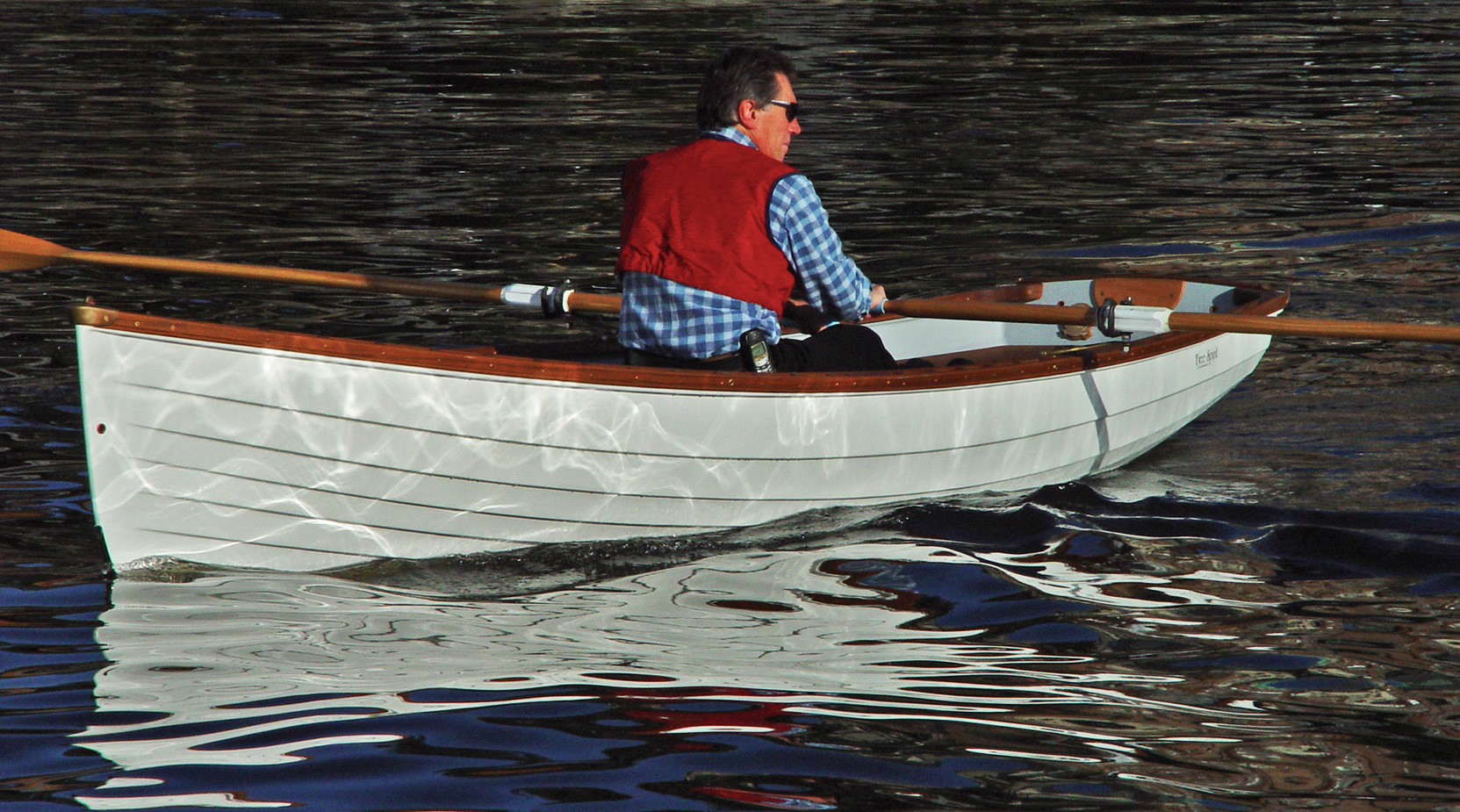 Whitehall has produced hundreds of Tyee 14 rowboats over the last thirty years. The Tyee 14 has an exquisite fiberglass hull featuring lapstrake style planking with a fullness of beam which extends along the hull, with the transom being three inches broader than a traditional Whitehall 14. The Tyee 14 has an “untucked” transom rather than the “wineglass” shape of a Whitehall. The fuller hull shape adds buoyancy aft, making the boat suitable for carrying a heavier load and, if desired, a small outboard, useful in some situations. 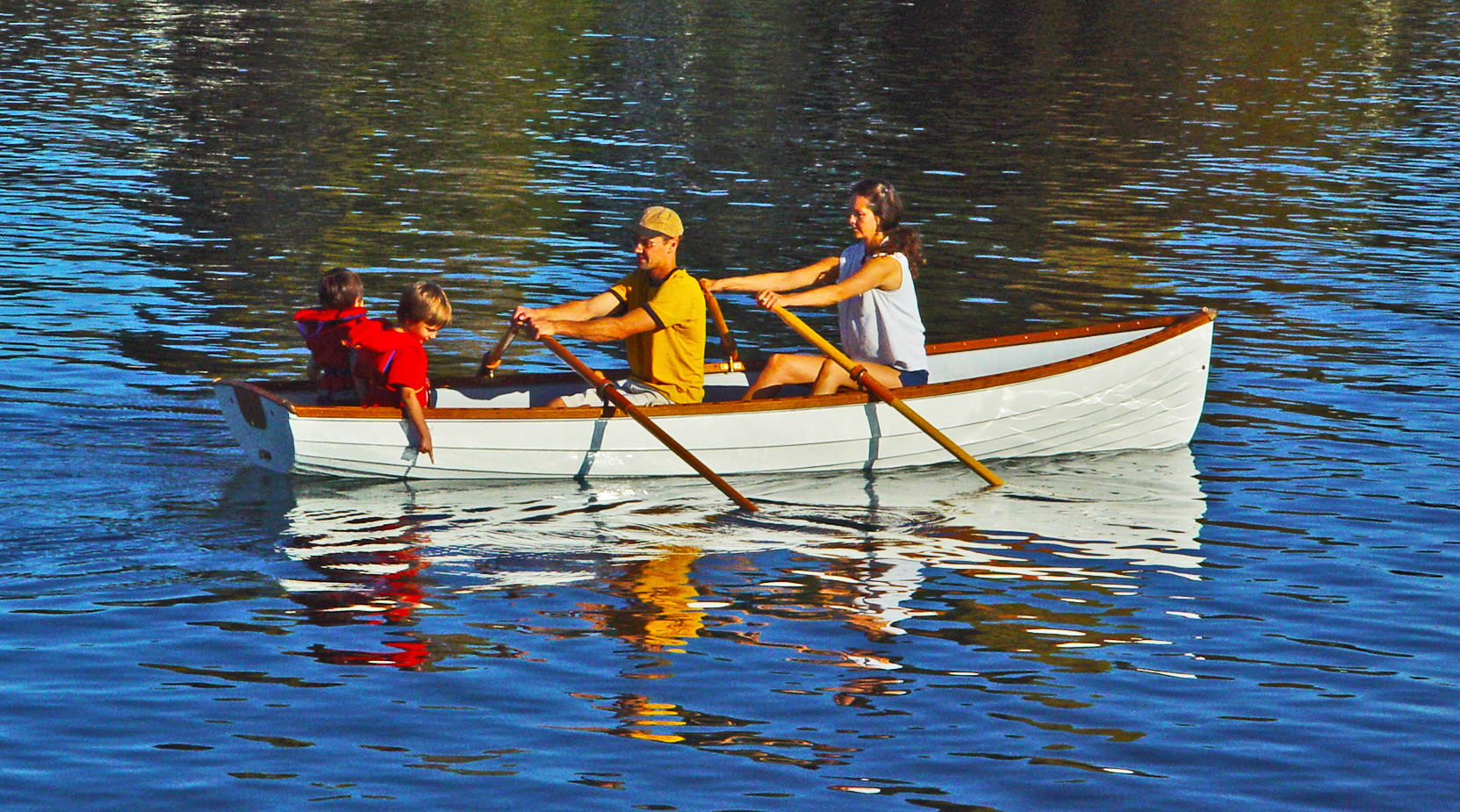 Whitehall Rowing & Sail produces four models of this historic craft, a fishing guide boat, a traditional rowboat, a slide seat boat, and sailing boat. More information is available on all of these models from the Find Your Whitehall Spirit® Boat section of our website. 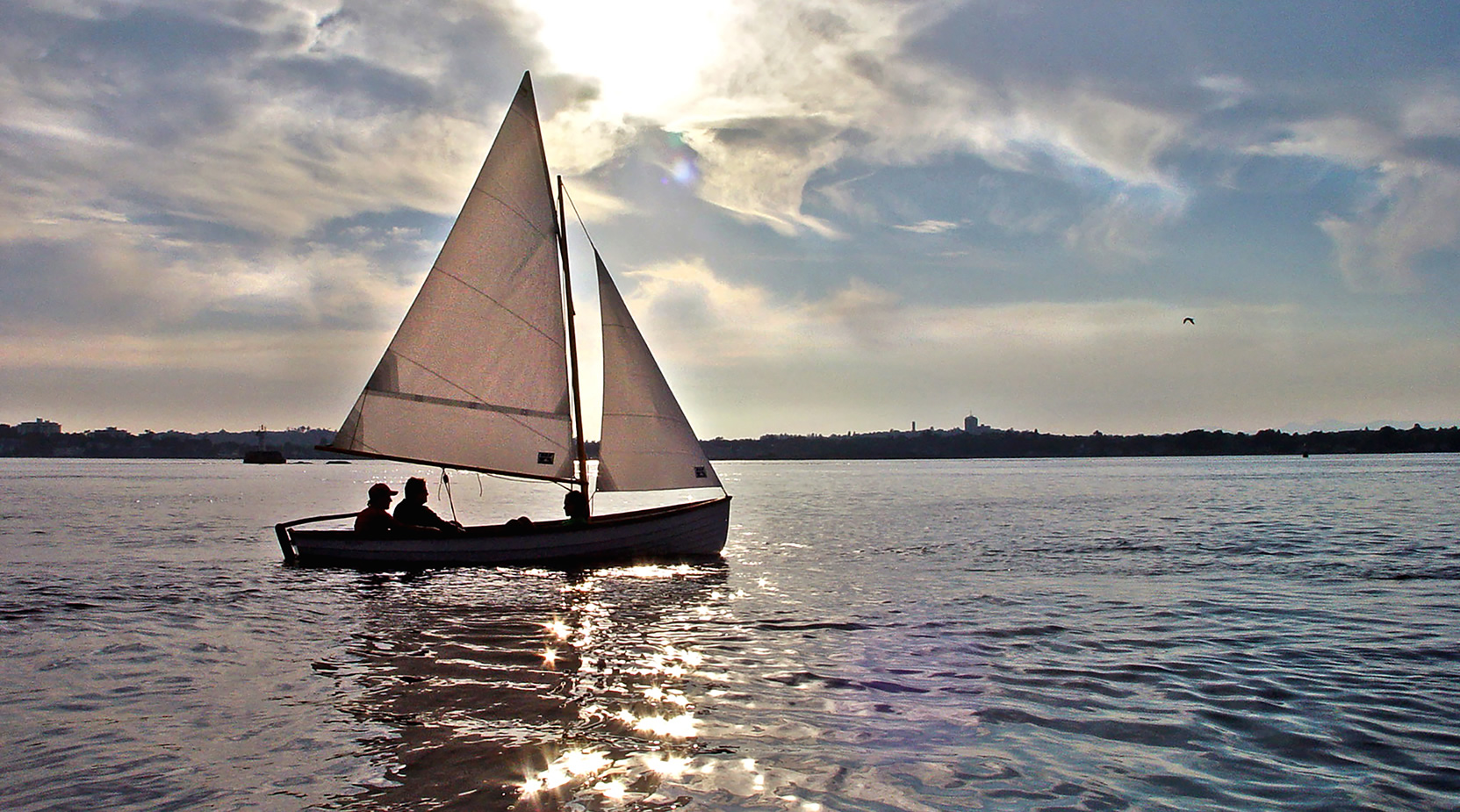 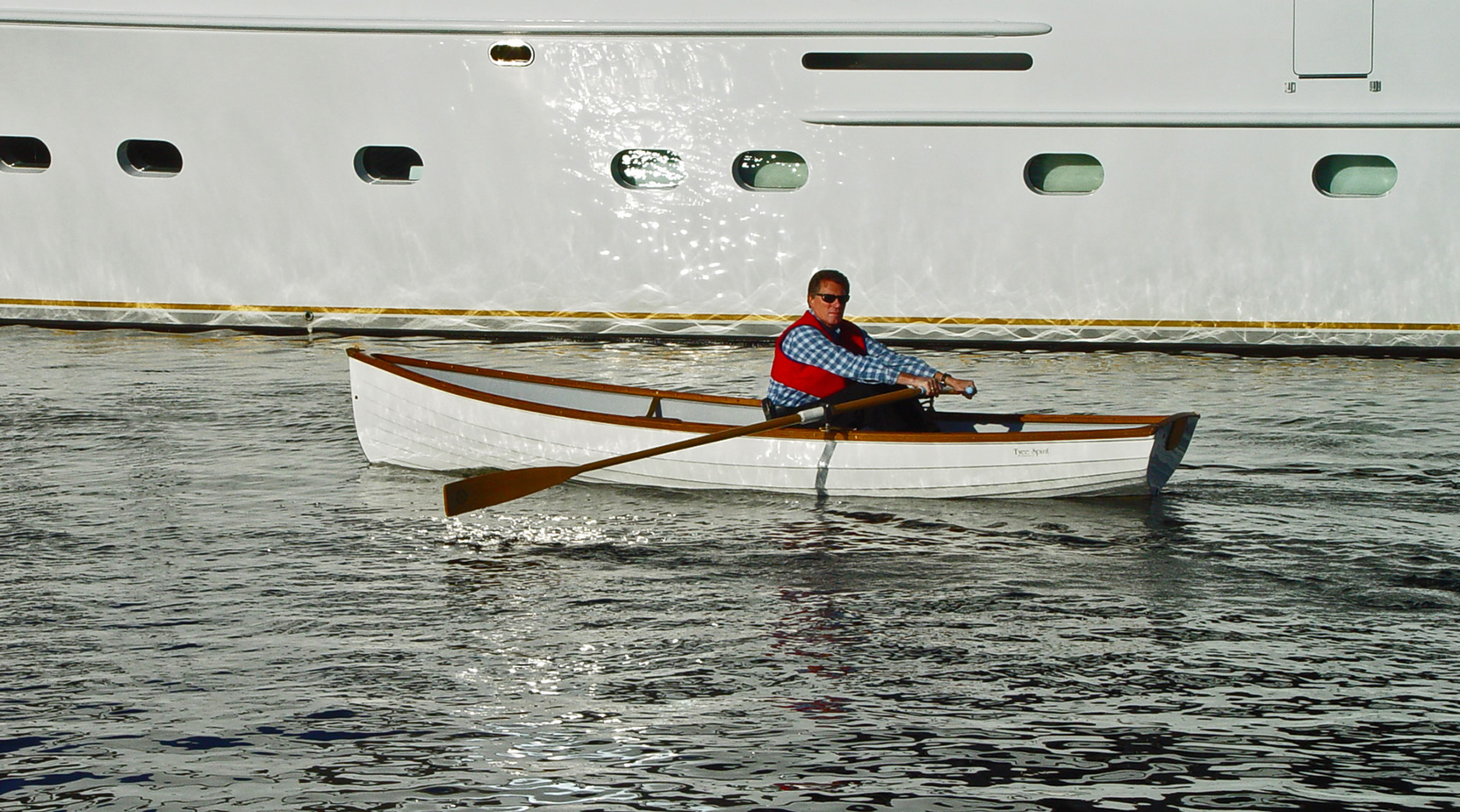